Jim was a Second Lieutenant in the Army stationed at the Army Helicopter Flight School at Ft Wolters Texas for primary helicopter training.  He completed his helicopter pilot training at Hunter Army Airfield in January 1970.

He completed the FAA Military Competency Exam and was issued a FAA Commercial Helicopter Pilot’s License in January of 1970.  Lieutenant Crawford continued his flight training obtaining a helicopter instrument rating and airplane ratings of single and multi engine with instrument certifications.

The helicopter in the move clip is an Army OH-23 by Fairchild/Hiller. 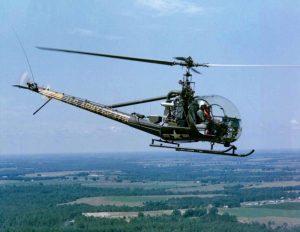